I’ve been collecting sea shells since I was a toddler in Hawaii. The very first “shell” I found really wasn’t one at all but a nice piece of coral that had washed up on the beach. I still have that hunk of coral, along with many shells nicely kept in an antique curio.

So, my fascination with sea shells is lifelong. Every time I’m on the beach, my eyes are almost always looking down in perpetual ‘seek mode,‘ scanning the sand.

Even when I’m on task to be doing something else, I migrate to looking for shells, like when I go to harvest mussels at low tide, for dinner. On a good minus tide, I gather fresh mussels from the mud flats of Penn Cove.

While gathering mussels, I’ve always noticed these fairly large – about the size of my fist or so – white-washed snail shells scattered here and there along the flats. I’m compelled to pick them up! I learned that they are called Moon Snail shells and they are quite common; big, but common. I’m just drawn to them for some reason.

Originally, I thought that perhaps I’d create wind chimes with them, but discounted that idea because they are too worn making them too delicate for wind chime material. So, these shells I’ve gathered, began piling up. I placed some, decoratively, around some flower gardens while those in very good condition were cleaned up and put on display along the fire place mantel and in my curio cabinet.

Still, I had several just sitting in a basket in my studio.

In the meantime, after finding a painted Rock, I started painting rocks for Whidbey Island Rocks, a community project where people paint and hide rocks for others to find, photograph, share on the Whidbey Island Rock Facebook page. They can be kept or re-hidden; it’s the finder’s choice. Below are two of the Rocks I’ve  found.

My husband was the first to spot this one in the crotch of a tree by the doctor’s office.

Who ya gonna call? My first find, discovered near a grocery store in our town.

Here are a bunch of Rocks I’ve painted, so far….

…And, while on a visit to Boise in September, I went shopping with my sister and grand niece. During that shopping trip my grand niece, Ella, found a super ball which she asked me to keep for her until she got home. I did and when I went to give it to her, it bounced away from me and into the waiting hands of her brother.  I promised her I’d send her something special when I got back home.  I asked her what her favorite colors were. She said blue AND purple.

So, I’m in my studio, thinking about my next projects when I got to thinking about my grand niece and the promise I made her. I look over at the basket with the Moon Snail Shells and an idea was born! I’ll paint one of these shells with her favorite colors and see where that goes!

Before I put Ella’s name on…

As that project got under way, I thought, to make it special, I’d put her name on the Shell. Looking in the chamber of the shell, I decided that something needed to go in there that is unique to Ella. She likes butterflies, so butterflies with hearts were placed in the chamber. As a personal touch – a sort of ‘signature‘ as it were – I painted the lip of the shell gold!

Well, now I’ve got something going!

I don’t want these to be something just like the Rocks but something a little more exclusive and personal.

My own signature art piece: The Moon Snail Shell was born.

So, now I create these shells and give them as gifts to special people I know. 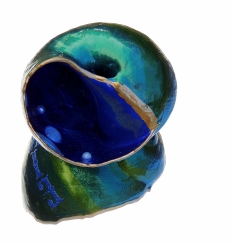 Music Shell went to my Mom. 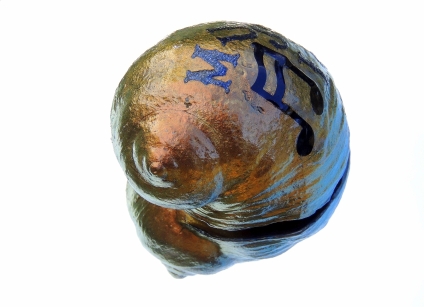 Because of her, music is very important to me. 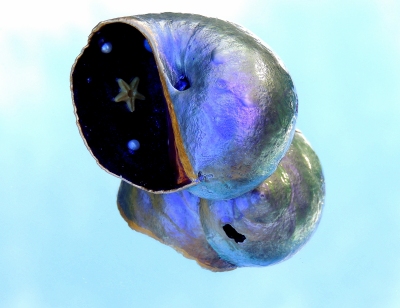 Viola is from Hawaii…

To be clear, I just clean these shells up. They are weathered and sea worn. Some have barnacle patterns on them. The lips are chipped. There are holes in them. None of them are perfect because there really IS no perfect. The point is to preserve them the way they are and breathe new life, beauty and strength in them. Those imperfections are what makes each Shell unique, much like the unique qualities we each have! That’s what it’s about; the unique, imperfect beauty in all of us!

And so, I’ve got several Shells underway for several special people I know.

Each will have charms or scenes in their chambers depicting something relative to something I know about the recipient. The finishing touch is the gold edge I paint on the lip of each shell.

It’s another small way to bring joy to the world….